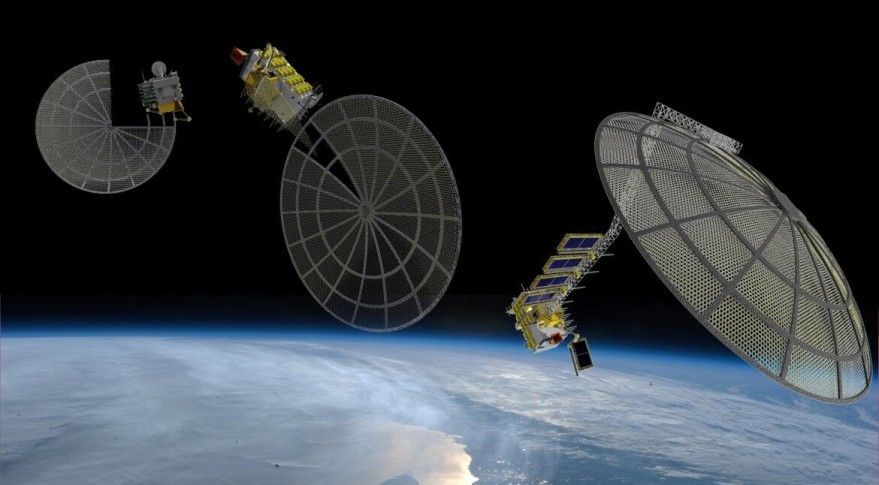 Off-Earth manufacturing is set to take a giant leap a few years from now.

NASA has awarded California startup Made In Space $73.7 million to give the company’s “Archinaut” spacecraft-assembly technology an orbital test.

The “Archinaut One” demonstration craft will launch to low Earth orbit aboard a Rocket Lab Electron booster no earlier than 2022, NASA officials announced Friday (July 12). Once aloft, Archinaut One will 3D print two 32-foot-long (10 meters) beams, which will extend from each side of the spacecraft.

Over time, these beams will deploy solar arrays capable of generating five times more power than the panels traditionally sported by craft of a similar size, NASA officials said.

A successful run by Archinaut One could lead to very big things down the road, they added.

“In-space robotic manufacturing and assembly are unquestionable game-changers and fundamental capabilities for future space exploration,” Jim Reuter, associate administrator of NASA’s Space Technology Mission Directorate, said in a statement. “By taking the lead in the development of this transformative technology, the United States will maintain its leadership in space exploration as we push forward with astronauts to the moon and then on to Mars.”

Made In Space has been developing Archinaut for several years now under a NASA “tipping points technologies” contract. Today’s announcement kicks off phase two of that contract, agency officials said.

Archinaut features a 3D printer and robotic manipulator arms. Together, this tech will eventually allow the craft to perform a wide variety of valuable tasks off Earth, from fixing and upgrading satellites (with ultrapowerful solar arrays, for example) to building huge structures such as space telescopes, Made In Space representatives have said.

Archinaut has already passed several significant tests here on Earth. In 2017, for instance, its 3D printer produced multiple structures in a thermal vacuum chamber that imposed the temperatures and vacuum of space.

That chamber did not induce microgravity, but other Made In Space tech has proved its mettle in such conditions. The company has built and launched two 3D printers to the International Space Station (ISS), for example, and another Made In Space machine aboard the orbiting lab has manufactured a valuable fiber-optic cable called ZBLAN.

Made In Space sees commercial promise in the off-Earth production of ZBLAN, and the ISS work is a test of this idea’s economic viability.