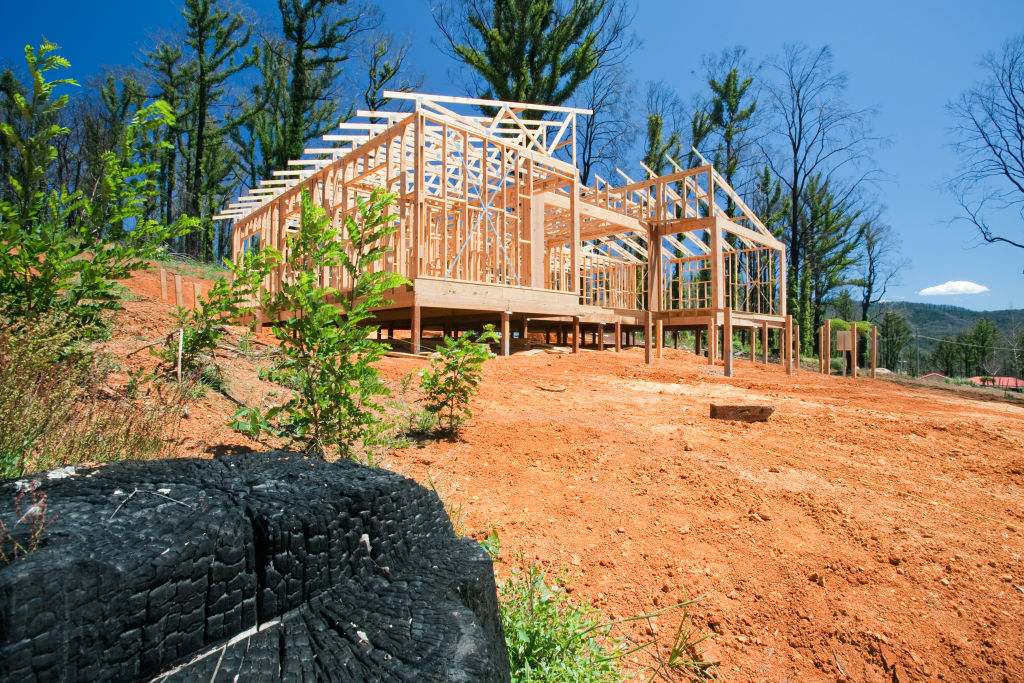 Australia’s climate is projected to become harsher, putting more stress on our living conditions. Arguably, we need to adapt the design, use and maintenance of infrastructure and building stocks in response to a changing climate and more disruptive climatic impacts.

Our national prosperity, and future economy, will increasingly depend on how well infrastructure and buildings can cope with heatwaves and more frequent extreme weather.

The UN Framework Convention on Climate Change defines climate adaptation as ‘adjustments in ecological, social, or economic systems in response to actual or expected climatic stimuli and their effects or impacts’.

Climate adaptation strategies and plans do exist in Australia. The Victorian government has described adaptation as ‘changes in natural or human systems to prepare for actual or expected changes in the climate in order to minimise harm, act on opportunities or cope with the consequences.’ All other states have similar policy frameworks in place. A question that comes to mind is about whether a framework or strategy is enough.

Canada is changing its building code regime to adapt to projected climate-related impacts. While those changes will be rolled out over time, evidence is surfacing that the rate of change in climate variables may be escalating.

A 2019 study commissioned by Environment and Climate Change Canada, Canada’s changing climate report, indicates that Canada is, on average, experiencing warming at twice the rate of the rest of the world, and that northern Canada is heating up at almost three times the global average rate. Internal Canadian government reports have suggested that unmitigated infrastructure failure relatable to climate impacts could amount to losses in the vicinity of C$300 billion.

Concern has also been raised in the UK by the Committee on Climate Change (an independent statutory body established under the Climate Change Act 2008) that efforts to adapt the country’s housing stock to the impacts of higher average temperatures, flooding and water scarcity are also lagging far behind what’s needed to keep Britons safe and comfortable, even as those factors grow more likely.

Australia’s National Construction Code (NCC) doesn’t include any specific reference to climate change adaptation. As the code provides the minimum standard for the construction and liveability of new buildings, work needs to be done now to include climate change provisions in the next iteration of the NCC, which will be reviewed in 2022.

In many parts of the country, we’re already starting to see the effects of climate change. In January, Australians endured a record-breaking heatwave, which was partly responsible for the deaths of millions of fish in the Darling River.

As noted in an insightful Arup report on rethinking the adaptation of cities to an arid climate, there may be resilient-design lessons to learn from modern and historical experiences in the Arabian Gulf and other locations in arid or desert-like settings.

The logic of complementary learning from other designs for Australia is simple. Our climate will become drier and much warmer. It will also include persistently higher-than-average temperatures, increasing requirements for more energy-efficient buildings and widespread environmental health exposures that we haven’t experienced before.

Climate change adaptation isn’t a new concept in Australia. It’s an issue that’s already received strong government attention. In the early 2000s, millions of dollars were invested in climate adaptation research, most notably in Victoria and Queensland. Queensland’s National Climate Change Adaptation Facility (NCCARF) at Griffith University was established in 2008. The Victorian Centre for Climate Change Adaptation Research (VCCCAR) was created in 2009. These university research centres, alongside the CSIRO, led the research effort in what seemed to be a very promising and stimulating line of work that could radically change the way we build infrastructure and organise our cities.

Since 2014, however, the federal government’s interest in this research seems to have faded, and Australia’s research efforts look to have stalled. CSIRO, NCCARF and VCCCAR have faced a slew of funding cuts. In 2014, federal funding for VCCCAR and NCCARF was cut, and CSIRO’s Climate Adaptation Flagship, set up in 2007, was shut down. CSIRO continued to conduct adaptation research, but the research effort ended up being redirected to other divisions.

As Dr Rod Keenan, a professor at the University of Melbourne and an expert on Australian climate science, pointed out in February, ‘climate adaptation has become almost invisible in the national research landscape’. At a time when climate adaptation is becoming more pressing than ever, government leadership is somewhat ephemeral.

In this context, it seems logical to ensure that the NCC and, by extension, state-based building guides provide clarity by embedding guidance on how to design and construct in ways that allow adaptation to a changing environment. And it seems like it would be relatively easy to do so.

Of course, there’ll need to be a more consistent and stronger government effort to re-emphasise the importance of climate adaptation. While local governments, industry groups and civil society can work towards developing a more resilient Australia, success will ultimately come down to how much the government is able, and seriously willing, to tackle this issue. Adaptation will require input from multiple government departments and cooperation between them to succeed.

Australia wouldn’t be alone in recognising a need to update and change the facility of building codes. The Canadian and UK governments have recognised specific gaps in their regulatory coverage: we should also consider our exposures to climate impacts.

Climate adaptation isn’t an insurmountable challenge, but the government’s lethargy and seeming lack of commitment need to change. Adapting the NCC to address climate change would be a great start.

Beijing just finished construction on its massive new international airport — here’s what it...

Starting out in the doghouse