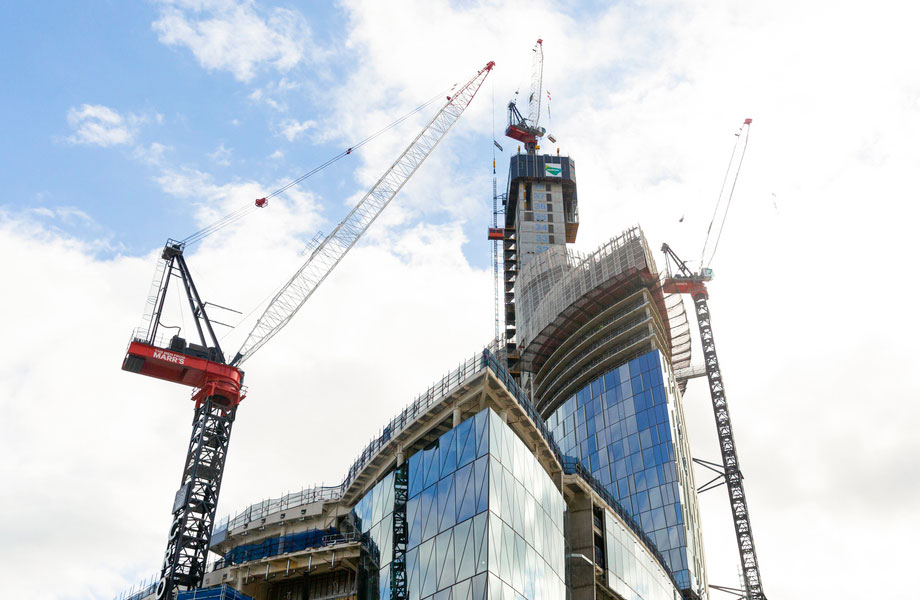 Despite the widely-reported boost in market sentiment, new lending and construction health figures have shown that it may take some time for a market turnaround.

Soft approvals continue to weigh on apartment building which recorded its 14th consecutive decline, while lending remains in deep contraction — down 17.3 per cent year-on-year.

The monthly performance of construction index, published by the Ai Group and HIA, revealed that construction had fallen at its steepest rate in six and a half years in May.

HIA economist Tom Devitt points out that it is still too soon to see the improvement in sentiment translate “on the ground”.

“With major banks set to pass on most of the RBA’s rate cut to borrowers, it will be interesting to note whether any post-election glee translates to a lift in new orders in June.”

Another cause for concern is the continued easing in lending figures for residential construction; ABS figures for April showing a 5.2 per cent decline in the number of loans to owner-occupiers financing the construction of new homes.

“Softer lending in this segment is consistent with the drop in new detached house sales in the major east coast markets over recent months,” HIA senior economist Geordan Murray said.

Investor lending remained soft — down 2.2 per cent in April and 26 per cent over the year — while loans to first home buyers edged up to their highest share of total loans since 2012.

UBS economists, led by George Tharenou, estimate that volatile “developer” or commercial loans plummeted 44 per cent over the year.

“If this fall continues, it would be very worrying for construction,” Tharenou said.

“Even if loans rebound 10 per cent from July, housing credit growth would still slow toward 3 per cent year-on-year.

“Looking forward we still see headwinds of tight credit, [m]eaning we don’t expect a sharp reflation of housing in the near-term.”

Over the month of April, total loans ticked up a better than expected 0.2 per cent.

BIS’ Maree Kilroy is among the chorus of economists predicting further rate cuts before the year’s end, which she expects will “materialise positively” in the lending data.

“The recent RBA rate cut combined with the imminent easing of APRA serviceability guidelines is a positive for dwelling investment.

“This will materialise in the lending data for established dwelling loans in another three to six months.”

As for property clearance rates, fewer properties were taken to auction over the long weekend, disrupting the improving trend in auction results.

The subdued activity returned a preliminary clearance rate of 51.3 per cent, down from last week’s 58 per cent.