Four people were killed Sunday after a crane collapsed at a construction site in the central city of Yavneh.

The crane came down on Jabotinsky Boulevard in the industrial area of the city.

Three of the men were killed when concrete slabs, used to balance the crane, fell off and plummeted to the ground from a height of dozens of meters, landing on them.

Medical teams declared the three dead at the scene.

Rescue services and paramedics tried to rescue a fourth man who had been trapped atop the crane, but were forced to declare him dead as well.

Two workers were lightly injured. Another was initially declared missing, but rescue services later located him and said he was unhurt.

“A partial crane collapse took place at a construction site in Yavneh,” the Israel Police said in a statement, adding that “numerous people” were hit when pieces of the crane fell to the ground.

Police said they were investigating the incident. They announced that they had detained eight employees at the construction site and would question some of them under caution.

Last month, a worker died of electrocution at the same site in Yavneh.

According to activists protesting workplace deaths in Israel, Sunday’s crane collapse raised the toll at construction sites since the beginning of the year to 20.

Deaths of construction workers in Israel are a near-weekly occurrence, largely because of poorly enforced safety codes.

Last Thursday, two construction workers were killed in separate incidents in the cities of Petah Tikva and Bnei Brak.

According to the Worker’s Hotline organization, 35 construction workers were killed on the job in 2017, a figure that rose to 38 in 2018. 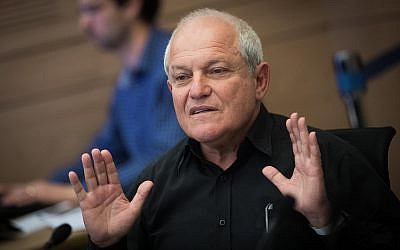 Responding to Sunday’s incident, Labor and Welfare Minister Haim Katz appeared to deflect criticism and shift blame to the workers.

“I do not think the accidents are due to contractors’ negligence,” he said. “Some workers do not secure themselves despite the heights [they are working at].”

Last year, a general strike was averted at the last moment after the Histadrut labor federation reached a deal with the government to improve safety conditions for construction workers. The focus of the planned strike had been the lack of safety regulations at building sites, following the deaths of several dozen workers.

While accidents on building sites are common in Israel, most of those employed in construction in the country are Palestinian or foreign workers and the issue is rarely at the center of the public consciousness.

Up, up and away: Dutch hospitality chain completes the world’s tallest modular hotel

Construction projects could stall over lack of combustible cladding insurance – AM – ABC...