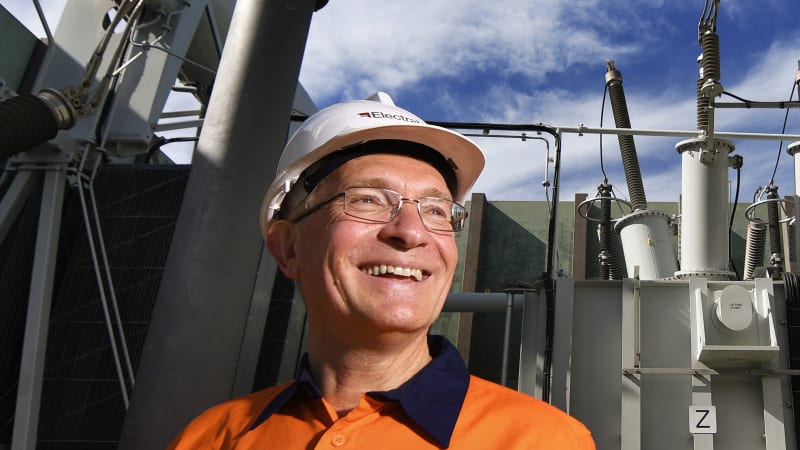 Investment from the last mining boom still recedes, but this work, as well as commercial activity that is still making up for a long period of under-investment, makes the economy likely to avoid a post-housing slump that ACIF was expecting, Mr Barwise said.

“It was going to be dominated by the drop-off in residential work,” he said.

“We have changed our view. There is more infrastructure construction coming through and the building of offices and hotels has surprised the industry about how strong that was. As a result we’ve got this surprisingly flat outlook.”

The growing demand for infrastructure to connect the mushrooming investments in renewable power was triggering investment in new infrastructure, said Rainer Korte, the group executive of asset management for ElectraNet, owner and operator of South Australia’s high-voltage electricity transmission network.

ElectraNet and Transgrid are in the final stage of approval for a $1.5 billon interconnector between NSW and SA, which also connects with Victoria and will allow greater and more reliable access to renewable energy sources.

“What is clear from the transitioning Australian energy market is that we can’t afford to be ‘just in time’ with electricity transmission and we need to act early to be prepared to support and facilitate this change,” Mr Korte said.

A lot of new transmission capacity is needed to move renewable power from the far-flung locations in which it is being built. These are different from  traditional thermal generation sites, and while they are a constraint on the roll-out of new power sources, the figures show there is willingness to invest in the capacity.

Growth in other sectors won’t prevent job losses in construction, but is limiting them. ACIF forecasts building and construction to shed 29,000 jobs nationally this year, with the total falling to 1.15-million and holding at that level over the next few years.

It marked a change from the last pivot between sectors in the industry and was a better picture for workers, particularly in NSW and Victoria, Mr Barwise said.

“Previously you had to change state,” he said. “Now what has happened is that people have to be able to hop from sector.”