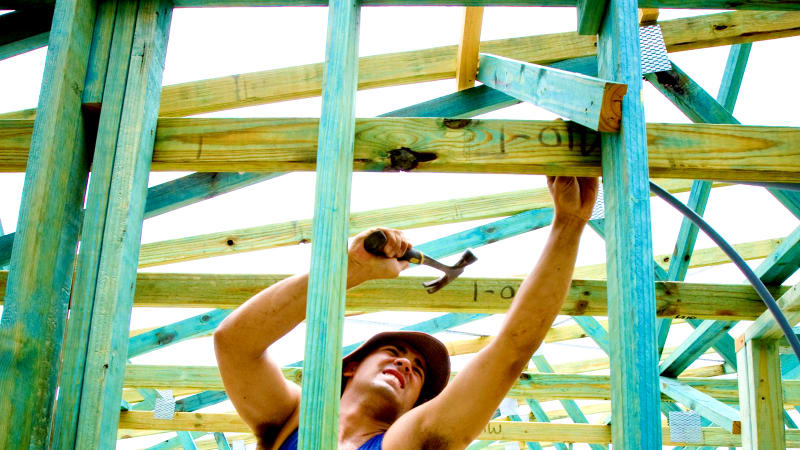 The number of apartments being marketed has nearly halved over the past 12 months as developers have retreated, a report from JLL last week showed. Separate figures showed Australia’s new housing pipeline shrank more than expected in March, with a sharp decline in high-rise dwelling approvals pulling the total to a near five-year low.

And even while Australia’s skills shortage will extend the housing construction boom to a degree, there will be a fall in work as overall activity shrinks, especially in the high-employing high-rise residential sector.

That fall is already apparent in some areas.  The latest figures from recruiter Seek show construction job ads fell 19.8 per cent in March from a year earlier. The biggest declines were in design and architecture (down 26.4 per cent) and real estate and property (down 20.5 per cent).

“Regional areas outside of the greater capital cities appear to be less susceptible to the downturn in the housing market, which in the larger cities impacts sectors such as construction and trades,” Seek ANZ managing director Kendra Banks said.

The PCI index, based on survey responses of industry professionals, indicates contraction when below 50 and expansion when it measures above 50. The further the figure from the median 50, the faster the pace of decline or growth.

Input prices – the cost of goods purchased by trades – rose in April, but the pace of growth slowed, falling 2 points to 61.7.

“The slowing in the cost of building materials will need to continue as new home builders are facing tighter margins, as they compete for sales in a market where the price of established houses is falling.”