The state government is suing BGC Construction over what it claims are major building defects at nib Stadium, now known as HBF Park.

The builder won a $95 million contract to redevelop the stadium in 2012, when the ground was home to Perth Glory and the Western Force. 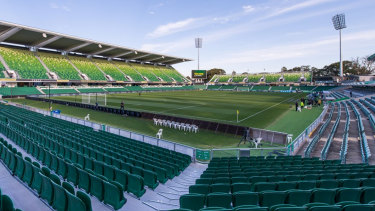 The state government is suing BGC Construction over a major redevelopment of then-nib StadiumCredit:nib Stadium

Then-minister for sport Terry Waldron described the redevelopment at the time the contract was awarded as “a fantastic result for our rectangular sporting codes”.