Part of the jump in prices can be put down to so much being done all at once after years of inaction: infrastructure spending has tripled since Labor came to power in 2014. By the end of the financial year, they will have spent $47 billion on major works.

Spending peaks next year – just as the real estate downturn eats a $5.2 billion hole out of stamp duty revenue and other government income.

Melbourne’s population is growing like never before, and there is widespread agreement: we need bigger, better infrastructure.

But are we getting value for money, and why do we pay so much for the projects politicians say we need?

Victoria’s three key projects – the North East Link, the West Gate Tunnel and the Metro Tunnel – have a collective cost of $33.5 billion. It will take multiple generations to pay these projects off. 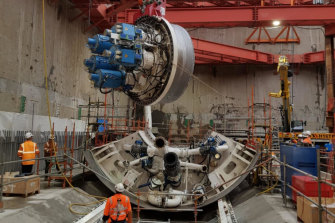 While the big projects multiply, there is no overarching transport plan – despite an eight-year-old act of parliament supported by all sides of politics requiring one.

Instead of a plan there are vast piles of money thrust at construction companies, economics firms and engineering consultancies, and a steady stream of media events celebrating “milestones” on mega-projects.

“Politicians love these big projects because they can put their names on them,” says transport engineer and consultant William McDougall, who led studies on the East West Link, Metro Tunnel and Doncaster Rail. So what makes transport projects cost so much?

Victorian politicians, like their counterparts round the world, adore a big project. Why? “They garner attention and lend an air of proactiveness,” says Oxford University’s Bent Flyvbjerg, the world’s leading scholar on mega-project management and author or editor of 10 books on the topic. 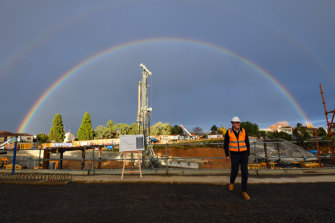 Look at Melbourne’s past two decades: CityLink in 1999 was synonymous with Jeff Kennett’s Victoria “On The Move”. Steve Bracks gave us the $2.5 billion EastLink. John Brumby gave us the $3.65 billion Regional Rail Link. The $5.3 billion East West Link was meant to deliver Denis Napthine election glory; Daniel Andrews cancelled it and began his mega-project boom with the $6.7 billion West Gate Tunnel.

Flyvbjerg says that costs around the world escalated in recent decades as governments demanded ever bigger “announceables”. Big infrastructure projects, Flyvbjerg wrote for The Australian Financial Review in 2017, are “media magnets” for politicians who “enjoy few things better than the visibility they get from starting megaprojects – except maybe cutting the ribbon of one”.

Politicians have always loved announcements, but today projects are promised before technical details are fully realised. “The cost overruns can be exaggerated by the fact the original announcement’s [costs] were so spurious,” says University of Technology Sydney transport expert Garry Glazebrook.

Take the North East Link, which Andrews said in 2016 would cost $10 billion. Widening the Eastern Freeway and other extras took it to $15.8 billion. The difference between the two prices could build five new Royal Children’s Hospitals.

Or consider the government’s level crossing removals. Labor came to power promising 50 would go for up to $6 billion. It cost $8.3 billion. The removal of another 25 will push the cost of the entire project out to $14.9 billion.

True. It’s also one hell of a cost increase. 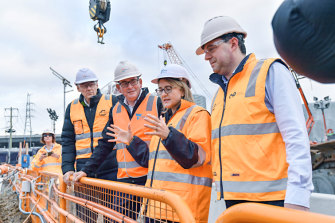 Too often, politicians make promises on projects without knowing their true cost, or if they’re even worth doing. “But they make a promise,” says the Grattan Institute’s Marion Terrill, “and go on building even if it would be better to just cancel it.”

Often, those devising the plans for Victoria’s mega-projects stand to make a fortune from any price hikes.

Business cases are developed by the big accounting firms – PwC, EY, KPMG and Deloitte. “The government thinks by just putting the name of one of the big four consultancies on any report that we have to believe it,” says McDougall. “But you can drive a truck through some of the errors they make.”

Errors or not, politicians promote those business cases as proof their ideas stack up. Then the consultants – many of whom once worked in the public service – bid for their share of the money, to make the case for the project bullet-proof.

“Given the enormous budgets for mega-projects, there are ample funds to go around for all, including contractors, engineers, architects, consultants, construction and transportation workers, bankers, investors, landowners, lawyers and developers,” says Flyvbjerg.

Business cases are particularly problematic, says one consultant who has worked on many; economics firms vie for the business case contract because it puts them “in the box seat to be the lead commercial advisor for the state or the contractor” – bringing millions more in work, inflating the price along the way.

Another source well acquainted with the industry says vested interests with no incentive to control costs are deeply involved in the governance and development of projects that get funded. “It’s a cartel of the self-interested.” 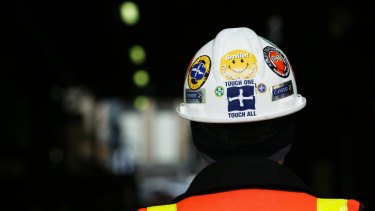 Victoria’s labour force is more unionised than those in other states.Credit:Jessica Shapiro

Victoria has the nation’s most expensive wages on public infrastructure construction. One industrial official for a big building firm says his company pays a semi-experienced Sydney road or rail worker 28 per cent less than it does in Melbourne.

The state’s construction unions drive a hard bargain: the Australian Workers Union estimates wages on Victorian infrastructure projects rose by an average of 4 per cent a year over the past two decades (employer groups say it’s 5 per cent). Stagnant wage growth in Victoria has brought the rest of us raises of 2.5 per cent a year.

Increased wages have upped productivity – jobs get done quicker than 20 years ago, with almost no strikes. But the salary increases are remarkable, particularly where tunnelling is involved – even a low-skilled worker’s wage tops $150,000 a year if they do shift work.

This includes site allowances of up to $10 an hour, calculated on a project’s value. “The higher the value,” Victorian Master Builders Association chief executive Rebecca Casson says, “the more potential there is for site allowances to inflate.”

Overtime also mounts on mega-projects, with tunnel boring machines operating constantly and 12-hour shifts standard. “You waste too much money in changeovers so construction companies just pay the overtime,” says one bid director.

Major builders cut deals with unions to avoid industrial action, especially since the government ultimately foots the bill. Once one big contractor makes an agreement, the deal cascades through the industry.

But AWU state secretary Ben Davis says wages on these jobs are fair for dangerous, difficult work. The union movement’s critics don’t spend much time down a tunnel at 3am, he says, pointing to an engineer’s recent death on the West Gate Tunnel project. “It’s hazardous work by its very nature.”

He agrees pay rates are higher in Victoria than NSW, but says it’s the same in most industries due to Victoria’s wide union coverage.

And there is “such a huge amount of infrastructure work on. People can demand higher wages and get them far more than they could 20 years ago”.

Only three builders – CPB Contractors, John Holland and Lendlease – have the capability to take on mega-projects. Lendlease is selling its engineering arm, leaving only two.

This lack of competition increases costs. “There are plenty of opportunists in the construction game. If they think customers are willing or able to pay more, they jack up the prices,” says former V/Line executive John Hearsch, who heads think-tank Rail Futures.

The AWU says the sheer size of the two remaining giants means no other contractor even aspires to be a top-tier player.

This lack of competition was acknowledged in 2018 by the Premier, who said there weren’t enough companies in the market, and “not enough partnerships to be completely confident that we can get everything that needs to be done, done in a timely way”.

One consultant who has worked on almost every major transport project since the Bracks era says contractors once competed for projects. “Now, projects are competing for contractors.”

The need for such environmental treatments is the result of doing almost nothing for decades while the population grew, says consultant William McDougall. “When we do something now, it has to be in tunnels or on stilts, and that is so much more costly than just going at ground level.”

When McDougall started in transport planning in the 1980s, engineers would be ordered back to the drawing board if too many homes, trees or public spaces were affected. “It doesn’t work that way anymore.” Projects go under, around or over – but they proceed, at a higher price. 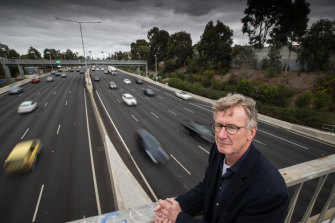 RMIT construction professor Ron Wakefield says there’s an acceptance in the community that mega-projects can’t run untrammelled. He points to huge sheds built to alleviate noise and dust from digging the Metro Tunnel through the CBD. “They didn’t need to do any of that sort of work when they built the City Loop.”

Building material costs have increased over two decades, but not enough to explain the huge jump in project prices.

Quantity surveyor data shows the cost of a cubic metre of concrete rose 70 per cent in less than 20 years – from $165 in 1999 to $280 last year. It roughly tracked inflation, which rose 66 per cent over the same period. In the past five years, the increases have been much higher, though.

Since the Kennett era, the public service has been leached of expertise, especially in transport construction. The government’s Major Transport Infrastructure Authority was established to address this.

The lack of corporate memory has put the state in real danger when it comes to negotiations with the likes of Transurban, which this year sealed a deal with the government on the West Gate Tunnel worth as much as $37 billion from extending CityLink tolls for a decade. Labor originally proposed it as a $500 million set of off-ramps on the West Gate Bridge. Infrastructure expert Bill Russell says it’s a bad example of allowing a private business to plan a public asset. “It built in a cost structure you can’t move back from.”

The top public servants have also become more beholden to their political masters. The Auditor-General’s scathing 2015 review of the cancelled East West Link project found that, under the Napthine government, senior public servants backed the project to the hilt.

Once Andrews was elected, the public service argued the project never stacked up.

Major toll roads since CityLink have been devised by Victorian governments in near complete secrecy. If assessed in full public view, would they have proceeded? Almost certainly not, says RMIT’s Jago Dodson. 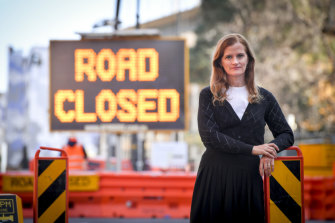 “It effectively relinquishes transport planning to the private sector,” says Dodson, giving businesses the upper hand in deciding what the community gets – and what it costs.

Market-led proposals, such as Transurban’s West Gate Tunnel, bring with them private finance – the details of which are never revealed because they are “commercial in confidence”.

McDougall has worked as a consultant on PPP bids for toll roads, and says the confidentiality is “obscene – really, what is going on is the government is setting the price in secret with the consortium agreeing to build it”.

A source close to road widening projects such as the CityLink Tulla widening last year said traffic management alone can be more than 30 per cent of a project’s value. When public transport shutdowns happen, providing alternatives is costly.

Anthony King, a director at AECOM, says years ago closing a few lanes on the Tullamarine Freeway would’ve been fine.

Not anymore. For CityLink, he says, “when they did the Monash widening part of it, they weren’t affecting the whole road network like it would today”.

TOMORROW: Who’s making the money, how do we make it cost less?

Clay Lucas is a senior reporter for The Age. Clay has worked at The Age since 2005, covering urban affairs, transport, state politics, local government and workplace relations for The Age and Sunday Age.

Timna Jacks is Transport Reporter at The Age